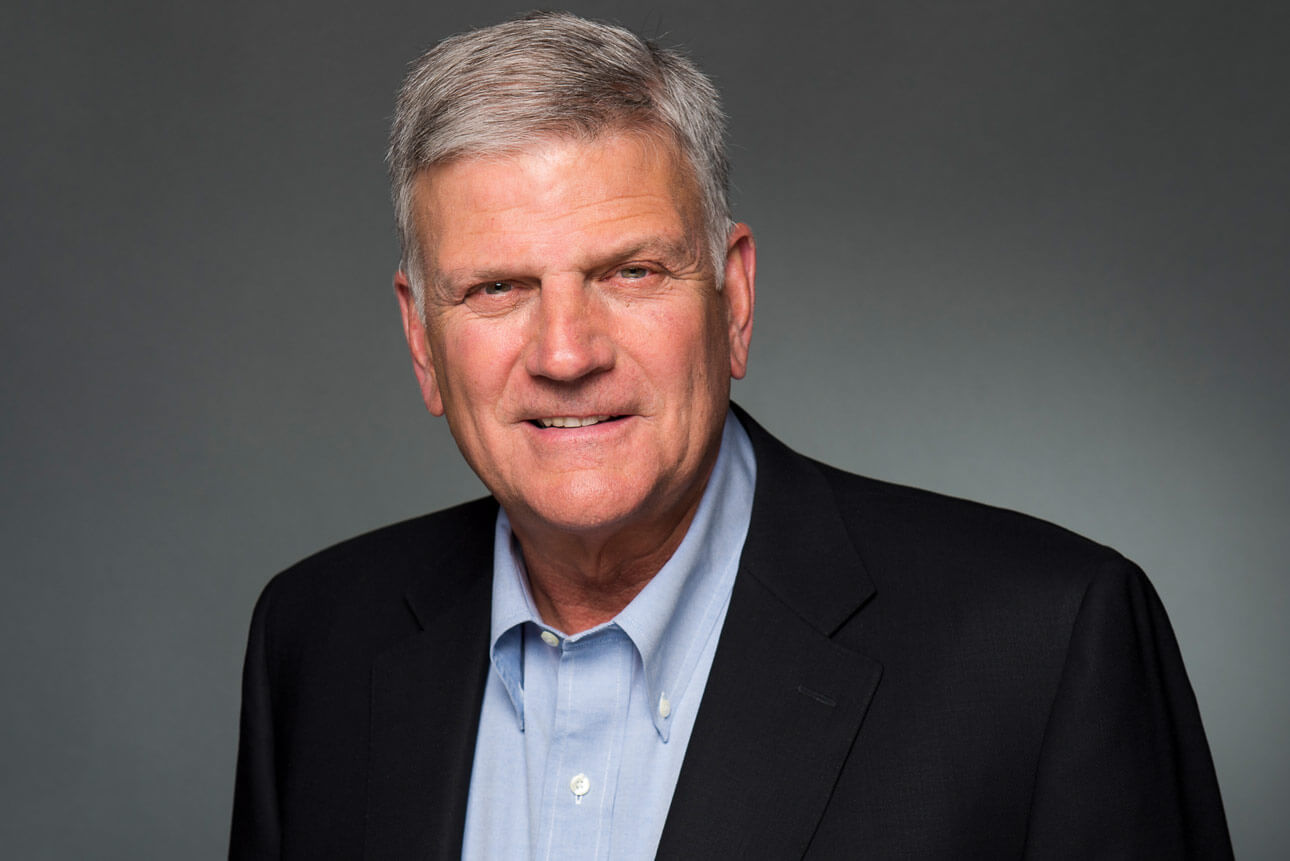 I want to take my life and the time I have on this earth to try to tell others about Jesus, that Jesus Christ is God’s Son who took our sins to the Cross and shed His blood for our sins.

Would you join me in praying for the family and loved ones of Ned Byrd, a Wake County, NC, deputy who was fatally shot in the line of duty early this morning. Deputy Byrd joined the sheriff’s office in 2009 as a detention officer and became a certified law enforcement officer in 2017. Wake County Sheriff Gerald Baker shared with local news media that “Even in the midst of the hurt and the pain, we ask for prayers…” Let’s pray for them. ... See MoreSee Less

Praying for the family

Prayers for the family.

Here’s some good news for the people of Ukraine. I was glad to read that McDonald's announced they will start reopening some of their restaurants in Kyiv and other locations in Western Ukraine away from the heavy fighting. I pray this will bring a little bit of hope and encouragement to the people of this country who have been through so much. For nearly six months while they have been closed, the company has continued to pay its more than 10,000 employees in the country—that is admirable. I look forward to having a Quarter Pounder and a fried apple pie there in the future! Please continue to pray for the people of Ukraine and that there would soon be an end to the conflict there. ... See MoreSee Less

Big Mac is coming back: McDonald's to reopen in Ukraine

A Masonic delight.. RED HAIRED CLOWN AND ALL...

40% of America suffers from obesity. It’s rated second for Covid related deaths. Its one of the reasons the US has the highest healthcare cost in the w world… McDonalds😵‍💫😵‍💫😵‍💫. High fat, cholesterol, sodium food is a curse  

Where our American tax dollars went to?! As we starve and have homelessness like never before!

I pray for the people who have been killed and displaced. But Ukraine is one of the most corrupt countries in the world and it's all a distraction

Wonderful and will continue to pray for Ukraine 🇺🇦 🙏 💙💛💙💛

Do the people even have money? A job? To buy it?

I always enjoy what you share here on Facebook, but we're not friends yet, I have tried several times to send you a friend request but it's not going through. Do you mind trying from your side? I will be happy to be friends with you. If you find this message embarrassing please pardon my manners. Thanks and stay safe.

Prayers are with the people in Ukraine.

They must know something we don’t

It doesn't take much to make those people happy 😂

Screw McDonald's and their garage they call food

Well now if they have a McDonalds, the war is won!🤣

Parents and concerned citizens in Jamestown, Michigan, decided they weren’t going to stand for the indoctrination of their children at the local public library, and they weren’t going to pay for it with their taxpayer money! The local library featured sexually explicit LGBT books such as “Gender Queer: A Memoir” in a June Pride display, and the library staff refused to remove them from the library even after meetings with the board. But the local residents didn’t give up—they mounted a campaign to stop funding the library with taxpayer money, and it worked! I congratulate them for standing firm with their convictions and working hard to bring the needed change. ... See MoreSee Less

U go woke u go broke

Something to think about. Have you checked out your library?

Praise the Lord for these brave and determined parents! May this be an encouragement to others to stop this horrible indoctrination of our Nation's children! Our God WILL have the last Word!

What is it about you, Mr. Graham, that you spend so much energy and time attacking LGBTQI+ people and those who support them? A bit bizarre that you then go and patronise and advertise McDonald's, though, for who are great allies of LGBTQI+ people! Very confusing.

Praise God for their courage! In Jesus name we pray! Amen!

Glad they held strong! I pray that we continue to stand for our beliefs.

That’s because parents are the ultimate arbiters of their children’s education, not the state.

Way to be heard louder than the 3%.

Now that’s true sportsmanship! In a playoff game with Texas East, Oklahoma little leaguer Isaiah Jarvis was hit hard in the head by a wayward pitch. After Isaiah recovered and stood up, he moved on to first base. But when he saw how upset the pitcher, Kaiden Shelton, was about the accident, he didn’t just keep playing ball. He walked over, gave Kaiden a hug, and let him know it was okay. That’s a real winner in my book! Proud of this young man. Take a minute to watch the incredible video…

The Bible tells us, “Let each of you look not only to his own interests, but also to the interests of others” (Philippians 2:4). ... See MoreSee Less

If only there were more adults who had such compassion & kindness..

This is humanity at its best

This accident was handled so well by this caring young man. He’s a wonderful example!

God bless his big ♥️ heart that is great sportsmanship 🙏🏼♥️👏🏼 I know the young man throwing that ball didn’t mean to hit him.

We should ALL learn from this Love thy neighbor 🙏❤️

If only more people could do this.

The world needs to see more of this... compete with passion but also compassion...

Wish the pros would watch this and learn from these fine young men!!

Seems we could learn a lot from these young people!!

Thirty years ago the FBI lost a lot of credibility over the unfortunate events that surrounded Ruby Ridge. Last night as we watched the events that unfolded at Mar-a-Lago, I couldn’t help but think that the FBI and DOJ are losing credibility and the trust of the American people again. I have no idea what was in former President Trump’s safe, but if the government thought there was something there that belonged to them, they certainly could have asked for it. What is happening is that politics has entered into the FBI, the DOJ, and even the IRS. Should we be concerned that there are plans to supercharge the IRS and hire 87,000 new agents? Definitely. This is a step in weaponizing the IRS to act against people, organizations, and businesses who have a voice of dissent against government agendas. It is an issue of freedom—as Americans we are losing our freedoms. Our nation has become so corrupt politically and morally. We need to repent and turn from our sins and call on the name of God, asking for His forgiveness. We need changes in leadership. We need men and women who respect Biblical principles and values to run for office at the local, state, and national level. Join me in praying for this country. Ultimately, our hope is not in politicians or leaders, but in Almighty God. ... See MoreSee Less

Praying for America to turn back to God. Have mercy on us Jesus.

You should have seen this coming back during the election. Many did. Instead you were busy supporting an illegitimate squatter in the oval office. I have not forgotten.

Marxism at its finest

Cry me a river......Trump had this coming. Act blind if you want to.

AMERICA is no longer for the people by the people!

God will protect you sir

Where did democracy go?

Hints of the brown shirts

I fear the FBI is very corrupt and I no longer trust them. We sure don’t need more IRS agents either.

God help us! So much corruption, hate and double standards! I can’t believe our country has come to this! They have put all of our lives at risk! God will prevail!🙏🏻 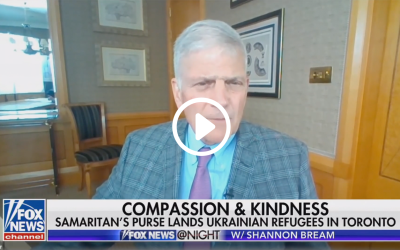 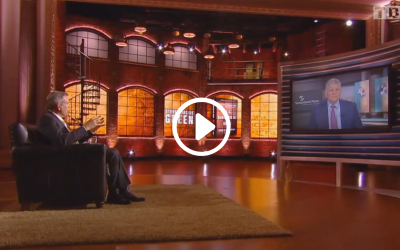 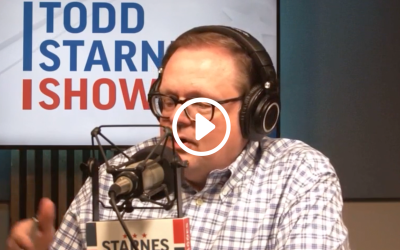 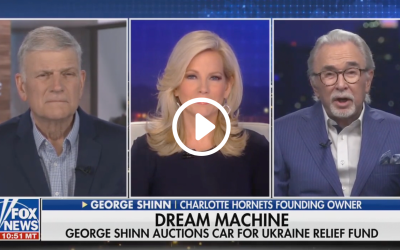 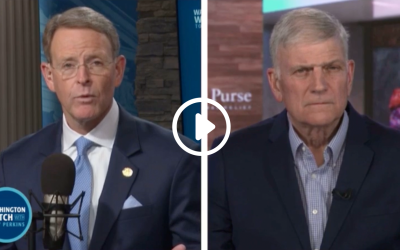 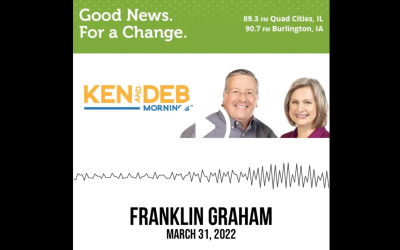 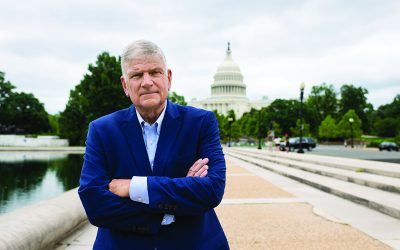 Franklin Graham: They Did the Right Thing

Remember this date: June 24, 2022.  This is the day that the United States Supreme Court made the historic decision to overturn Roe v. Wade. Finally, after 49 years of prayer from millions of people, and the unceasing work of the pro-life movement, the court voted to... 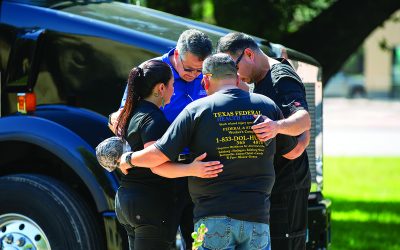 The tragic shooting deaths of 19 young school children and two teachers in the south Texas town of Uvalde left us all heartbroken. The gunman was an 18-year-old troubled teen who shot his own grandmother before entering Robb Elementary School and killing innocent... 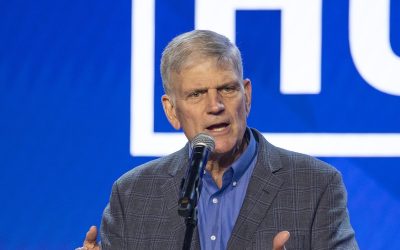 For decades, a war has been raging against Biblical Christianity that goes under the seemingly innocent name of “progressive Christianity.” It has cropped up in the halls of seminaries, infiltrated the pulpits of thousands of churches and been propagated by a godless... 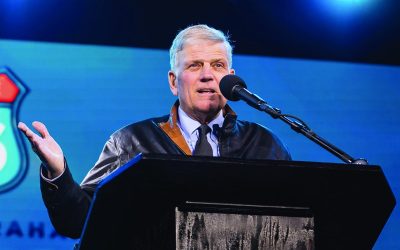 As I write this, the greatest military conflict in Europe since World War II is raging in Ukraine, as fighting with Russian forces continues across a nation the size of Texas, with 44 million people. It has been a brutal conflict, with thousands killed and many more... 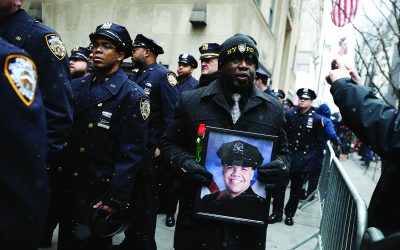 Franklin Graham: Crime and No Punishment

When two New York City police officers were ambushed and killed in January, thousands of officers, standing shoulder to shoulder, gathered solemnly to honor their fallen comrades. Downtown Manhattan was a sea of blue, as police cars stretched for miles. Officers from... 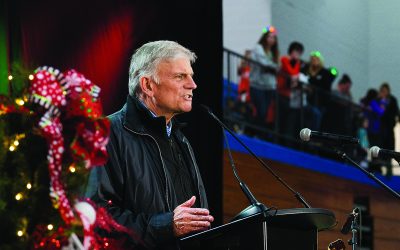 Franklin Graham: Lift Up Your Head

We all know the terrible toll that the COVID-19 virus has taken on countries around the globe. The pandemic has taken more than 5.5 million lives worldwide, including more than 850,000 here in the United States. According to the Centers for Disease Control and...