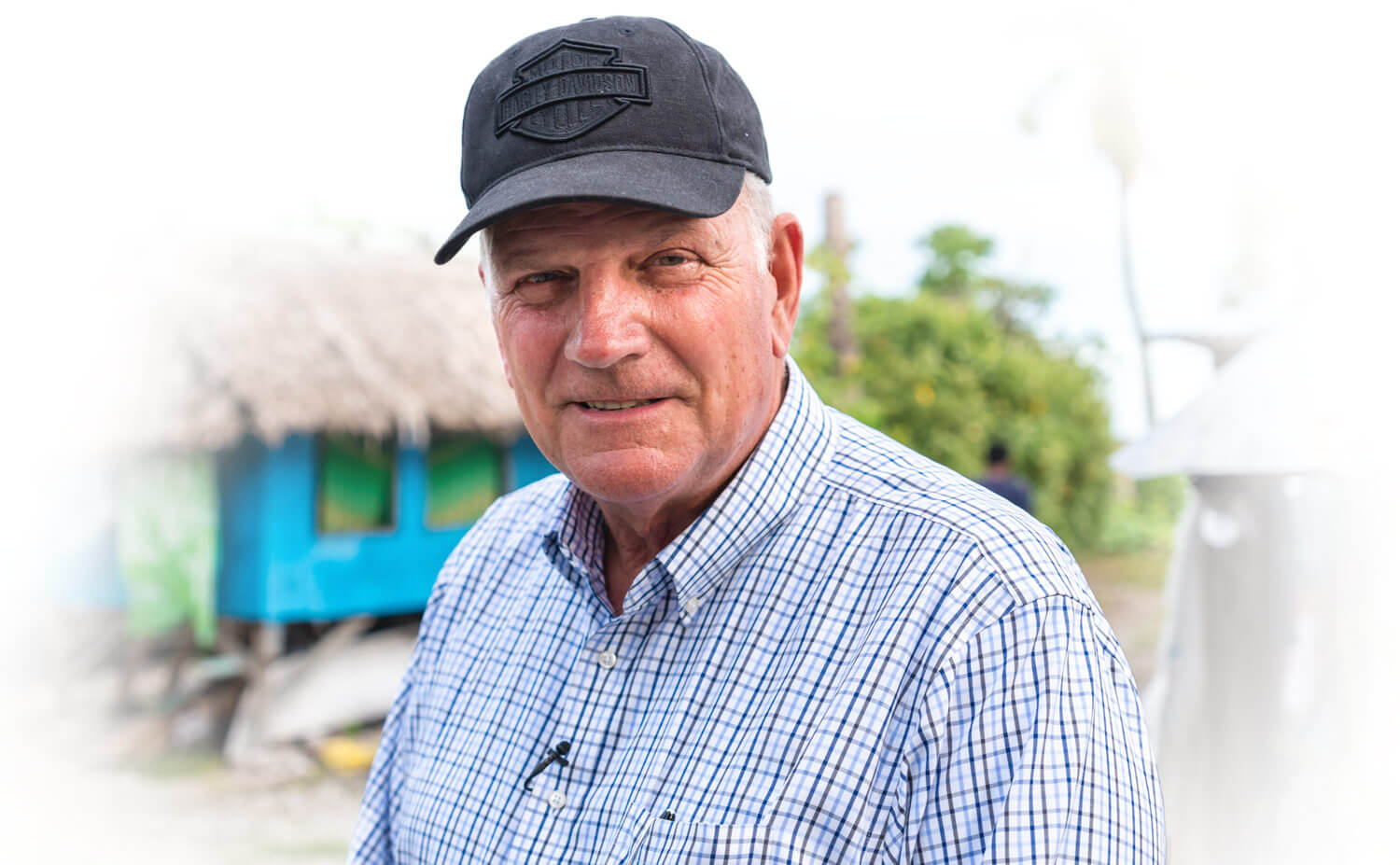 Franklin Graham was born into a heritage rich in Christian ministry. His father Billy Graham preached the Gospel to more people in live audiences than anyone else in history—nearly 215 million people in more than 185 coun­tries. His maternal grandfather, Dr. L. Nelson Bell, was a medical missionary in China for more than 20 years and a leader in the Presbyterian Church.

At age 22, after a period of rebellion and traveling the world, Franklin Graham committed his life to Jesus Christ while alone in a hotel room in Jerusalem. Soon after that, Dr. Bob Pierce, founder of Samaritan’s Purse, invited Graham to join him on a six-week mission trip to Asia. During this time, Graham felt called by God to work with hurting people in areas of the world affected by disaster, disease, poverty, famine, and war. Graham was elected to the Board of Samaritan’s Purse in 1978. One year later, after the death of Dr. Pierce, he was elected president.

Franklin Graham was elected to the Board of Billy Graham Evangelistic Association (BGEA) in 1979 and conducted his first evangelistic event in 1989. Since then, Graham has proclaimed the Gospel in the far corners of the globe, sharing the hope of Christ through more than 280 evangelistic outreaches in over 50 countries and territories and in all 50 states. He succeeded his father as BGEA president in 2001.

Through his work with Samaritan’s Purse and BGEA, Graham has been instrumental in helping people impacted by major crises for more than 40 years, including the ongoing conflict in Ukraine, the Ebola outbreak in West Africa, 9/11 terrorist attacks, wars, and natural disasters across the globe ranging from catastrophic hurricanes to devastating wildfires to massive earthquakes. Under Graham’s leadership, Samaritan’s Purse deployed emergency field hospitals to Italy, New York City, California, North Carolina, Mississippi, and the Bahamas when the COVID-19 pandemic overwhelmed local hospitals. Crisis-trained chaplains with the Billy Graham Rapid Response Team ministered alongside Samaritan’s Purse to offer spiritual and emotional care to patients and medical personnel alike. When widespread lockdowns forced the cancellation of in-person events, Graham increased ministry efforts to reach people in their homes with the hope they desperately needed, including airing the Good News of Jesus Christ through TV ads across America and offering a 24/7 prayer line. Graham has met privately with six U.S. presidents as well as world leaders from Europe, Africa, Asia, and Latin America.

As a speaker and author, Graham addresses current moral and social issues, calling Christians to stand for Biblical values and challenging them to make a difference in the world for the sake of the Gospel. He is editor-in-chief of BGEA’s Decision magazine, “The Evangelical Voice for Today,” which features solid Scriptural teaching as well as timely articles with a Biblical worldview about issues and events in today’s culture, including many topics that affect the freedom of believers to live out their faith.

Graham and his wife Jane Austin live in Boone, North Carolina. They have four children, all of whom are involved in ministry: Will Graham, Roy Graham, Edward Graham, and Cissie Graham Lynch, and 12 grandchildren.